As part of its move to comprehensive 4k production capabilities, outside broadcast production specialist LiveHD, part of Abu Dhabi Media, has invested in two ultra-slow motion camera systems from FOR-A. The cameras were online in time for the final of the FIFA Club World Cup in the Mohammed bin Zayed Stadium in Abu Dhabi on 12 February 2022.

LiveHD operates a large fleet of outside broadcast trucks, providing local and international coverage of a broad range of entertainment and sports, including regional specialities like camel racing and endurance sports, alongside football. In common with sports production companies worldwide it is transitioning to Ultra HD capabilities, including 4k resolution and high dynamic range, wide colour gamut signals.

Sports viewers expect coverage to give them insights and explanations, which is why super-slow motion and now ultra-slow motion cameras are expected. LiveHD has led the industry in delivering its ultra-slow motion replays by adopting the FT-ONE-SS4K camera system from FOR-A. This gives producers the capability of shooting at up to 1000 frames per second for a 40x slow motion replay, while still delivering live 4k pictures which can be intercut with other cameras.

“Our unique ultra-slow motion camera is designed for practical production,” explained FOR-A’s Mohammed Abu Ziyadeh. “Internally the optical path is like any other broadcast camera, with a prism and 2/3” CMOS sensors, so any B4-mount lens can be used. This is cost-effective, as production facilities already have the lenses they need, but alongside the camera’s 24-axis colour correction it makes it easy for the FT-ONE-SS4K to be matched with the rest of the fleet of cameras.”

Because the camera accepts directly mounted B4 lenses there is no light attenuation through lens adaptors, which is a critical issue for high speed capture: very short frame times need as much light as possible to minimise noise. The camera also includes flicker suppression processing to give a consistent output under artificial lighting.

The FT-ONE-SS4K system includes a control panel to be used for matching alongside other OCPs in the vision control area, along with directly attached storage for the camera output. Recording at its maximum speed of 1000 frames a second, the camera has an origination capacity of 16.3 seconds, equivalent to almost 11 minutes replay time. Operators can divide the store into multiple clips, and replays can be handed off to conventional EVS servers while the camera is still broadcasting live and recording in another memory partition.

Following extensive tests in the second half of 2021, LiveHD ordered two FT-ONE-SS4K camera systems, which were delivered in January 2022 and immediately put into service with the outside broadcast units providing international coverage of the FIFA Club World Cup final between Palmeiras from Brazil and Chelsea from the UK. Since 2000, FIFA has hosted an annual competition between the winners of each football confederation’s premier competitions.

About FOR-A
FOR-A, a worldwide, industry-leading manufacturer, offers a wide range of broadcast and production products with a focus on cutting-edge technologies including HD, 4k and IP products.

For a full range of HD and 4k production and processing solutions, as well as IP-based products, visit www.for-a.com. 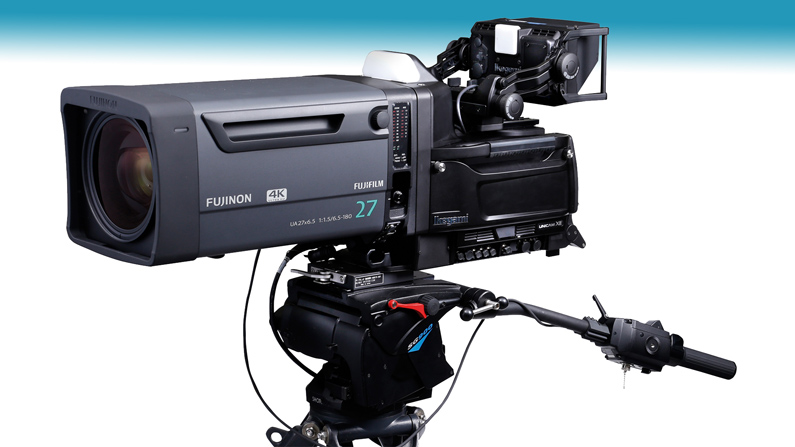