Award-winning production and distribution company DLT Entertainment, has appointed podcast and radio producer Ben Walker, as Head of Audio for DLT Entertainment UK’s podcast division, effective immediately. Ben will be tasked with expanding DLT’s footprint in the podcasting and radio sectors and continue to build on their already successful slate, specialising in comedy and comedy entertainment formats.

Walker joins DLT following the company’s expansion into podcasts in May 2020, having produced DLT’s latest comedy entertainment 6-part series Panic Room hosted by John Robins for Audible – which was released in January 2022. Based in the London office, he will oversee and continue to grow the team as they work with a wide range of talent within DLT’s Agencies (Blue Book Artist Management, Andrew Roach Talent, The Galton Agency, Gag Reflex) as well as talent across the industry, to develop and produce comedy content in audio format, with the potential to be adapted for other mediums.

Walker brings with him a wealth of experience across comedy and drama production and development, and was recently awarded the Gold Award for Best Drama Producer and Bronze Award for Best Arts Producer at the Audio Production Awards for his work with Bertelsmann Content Alliance’s podcast label Storyglass – where his credits include Max & Ivan: Fugitives, The Harrowing, and Who Exploded Vivien Stone. Other credits include producing UKTV Gold’s sitcom The Rebel and Radio 4’s anthological comedy series The Casebook of Max and Ivan, creating Sky One quiz Relatively Clever, developing UKTV Gold’s sitcom Bull, and devising and producing the Sony Radio award-winning sketch series Here Be Dragons. Ben kicked off his audio comedy journey at the BBC Radio Comedy department, where productions included Radio 4 stalwarts The News Quiz and The Now Show, alongside sports sketch show Look Away Now and music comedy format Danny Robins Music Therapy.

Further production and development credits throughout his career include award-winning independent comedy podcasts RHLSTP with Richard Herring, raucous panel show Do The Right Thing, interview series The Things We Do For Love with Isy Suttie and anarchic gameshow Pappy’s Flatshare Slamdown.

The new hire marks a progressive step in DLT’s podcast division as they continue to develop and expand their eclectic slate of entertaining and original audio series alongside DLT’s sister company Impatient Productions.

Ben Walker said: “It was brilliant collaborating with DLT Entertainment on Panic Room, and so it is great to have this opportunity to work with them even more! I’m joining a multi-faceted and multi-talented team at DLT and am relishing the chance to devise, develop and produce new audio comedy and entertainment projects with them.”

DLT continues its role as owner and manager of the largest independent theatre in the West End, the Shaftsbury Theatre, where hit musical & Juliet reopened in September to sell out audiences and television production and distribution where it had a record year in program sales resulting from the worldwide COVID production shutdown.

Donald Taffner Jr., President of DLT Entertainment, said: “Having seen the work Ben did on Panic Room we knew we had to bring on board this fantastic producer with his finger of the pulse of what listeners want, and it’s a really exciting time for him to join the team as we go from strength to strength with our podcast and comedy offering.”

With headquarters in London and New York, DLT Entertainment Ltd. is engaged in every aspect of television distribution and production around the world, as well as stage production in the US and in the UK where it owns London’s Shaftesbury Theatre and talent representation business with ownership positions in MMB Creative, The Soho Agency, Blue Book Artist Management, Andrew Roach Talent, The Galton Agency, Gag Reflex and Mark Watson’s Impatient Productions.  Expanding its own production activities in the UK, DLT also acquired Vera Productions.

Founded in 1963 as a distribution company by Don Taffner Senior, the company added television production to its portfolio in 1977. It has enjoyed terrific success in its 58-year history with legendary hits on both sides of the Atlantic including the multiple award-winning and BBC Trust praised sitcom My Family, As Time Goes By, Three’s Company, Too Close For Comfort and Meet My Folks.  In addition, DLT has built a reputation as a leading distribution company with classics such as The Benny Hill Show, The World at War, Chicken Soup for the Soul, Cinema Europe: The Other Hollywood, The Russ Abbot Show, and Michel LeGrand and Friends. Three series of DLT’s non-scripted production – Go 8 Bit – an entertainment gameshow fronted by international comedian Dara O’Briain aired on UK broadcaster Dave. DLT Entertainment launched children’s show Monster Court on CBBC in 2021. 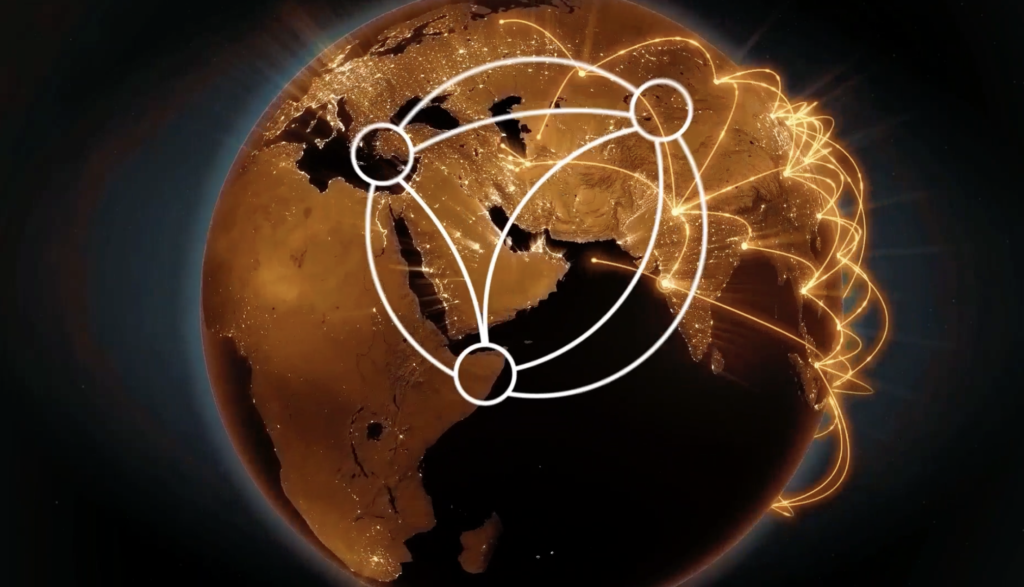