When the PUBG Nations Cup, one of the biggest tournaments in esports, returned to a live audience format in June 2022, event producers One Up Solutions and Banana Culture were well-equipped to deliver a dynamic experience. The two teams deployed a hybrid intercom network using the Clear-Com® Eclipse® HX Pico Digital Matrix and FreeSpeak II® Digital Wireless systems for reliable, high-quality and seamless audio communications among technical teams, stage crews and talent.

Following a two-year COVID-related postponement of the event, passionate fans were eager to gather again and watch 16 teams of world-class players try to write their names into esports history.

The event was held at TRUE ICON Hall in the ICON SIAM building on the banks of the Chao Phraya River in Bangkok, Thailand. One Up Solutions, Clear-Com’s long-term partner in South Korea, provided onsite technical support and equipment specification, while Banana Culture was responsible for overall event management and broadcast production.

Banana Culture also worked with One Up on the 2019 PUBG Nations Cup (PNC). The overall performance, technical skills, and support network One Up brought to that event were the main reasons Banana Culture invited them to manage the entire wired/wireless intercom system and provide technical support for this year’s edition of the tournament.

According to One Up, the Clear-Com equipment was a perfect match for the challenging production requirements of this year’s event

“We chose a hybrid wired/wireless for the combined benefits of reliability and flexibility,” said Andy Ryu (Jaehyung Ryu) at One Up. “The Eclipse HX-Pico delivered a stable and secure wired connection with the convenience of easy routing customization. The FreeSpeak II system provided crews with maximum flexibility and the antenna scalability to roam freely throughout the event production areas and also create targeted communication channels between different technical teams.”

FreeSpeak transceivers were installed at key positions throughout the venue, allowing the technical teams to communicate with the control room or FOH using wireless belt packs whether they were inside or outside.

One Up linked the Eclipse to the audio console using a 4-wire connection, which was also used to send intercom signals to the IFBs for talent, analysts, and cast as well as the radio devices used by camera staff.

With the rapidly growing popularity of esports, event organizers can look to the combination of Clear-Com’s reliable technologies and close coordination between companies like One Up and Banana Culture as a game plan for future success. 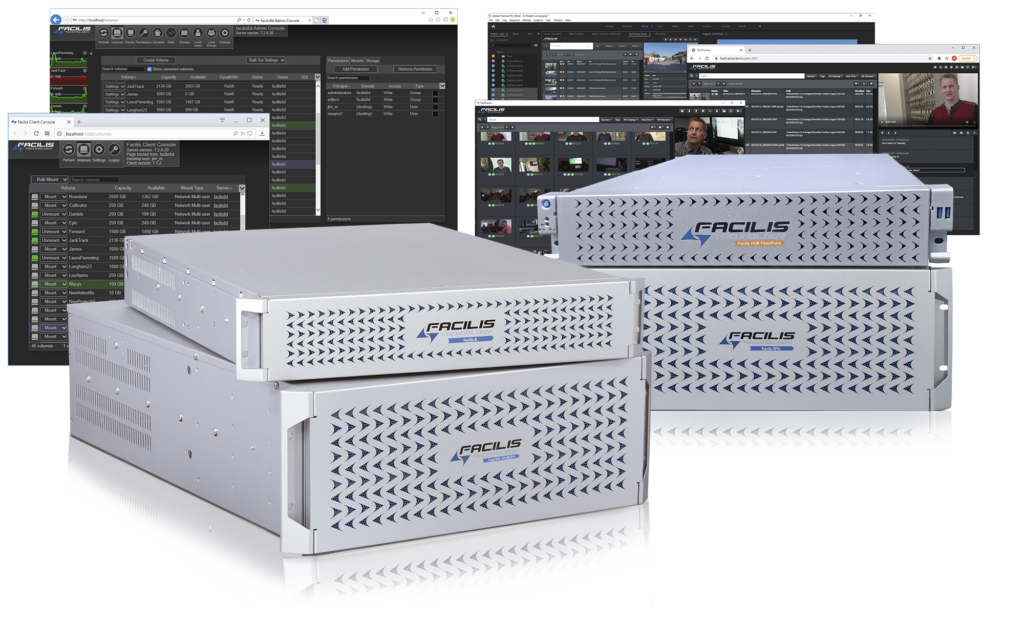 The UK-based supplier was recently appointed to serve as the EMEA representative for Facilis, which is a leading provider of high-performance shared storage solutions