Atlanta, GA, January 5th, 2023: Tolka, a globally active specialist in broadcast-related software development, today stated that it has officially partnered with Pearl TV as part of the FastTrack Program. The FastTrack Program is designed to accelerate and streamline consumer electronics makers’ adoption of NextGen TV technology for smart TV and related high-volume devices.

The announcement was made at the 2023 Consumer Electronics Show which opened today in Las Vegas. Exhibiting in the ATSC booth (17783, LVCC Central Hall) and at CES Tech West (Wynn), Tolka is demonstrating a range of technology and upgrade accessories supporting the UHD-compatible ATSC 3.0 NEXTGEN TV standard as well as the HD-compatible ATSC 1.0.

“ATSC 3.0 is one of the most impressive advances in television broadcasting since the transition from 525i standard definition to 720p and 1080i high definition which began over 20 years ago,” says Alex Day, Tolka Business Development Manager. “Central to the ATSC 3.0 standard is support for 2160p 4K resolution, high frame rate, high dynamic range, wide color gamut and movie theater quality sound. ATSC 3.0 also provides support for datacast services such as localized emergency notification.”

The number of U.S. TV markets now served by the NEXTGEN TV standard has increased by 26 in recent months, reaching 66 by December 31st, 2022. This expansion in service availability is expected to continue throughout 2023. ATSC services are accessible across many areas of the USA, Canada, Mexico and South Korea. They have also been adopted for Jamaica and recommended for Brazil. 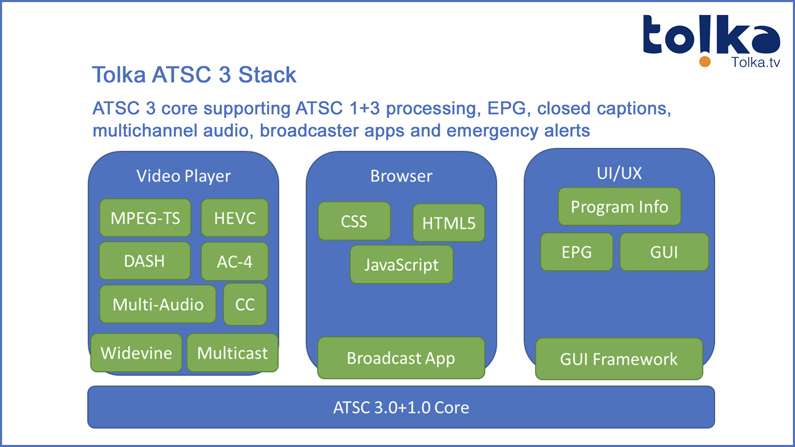 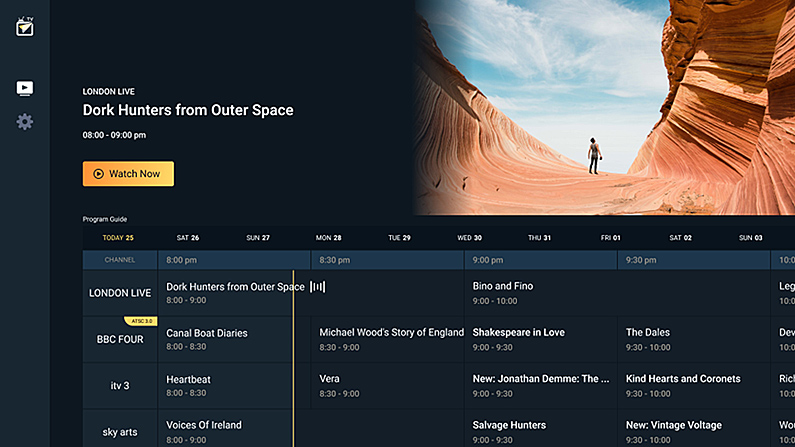 Industry proven personalized-ad insertion and content protection systems can be implemented quickly and easily across a wide range of delivery platforms.

Industry proven personalized-ad insertion and content protection systems can be implemented quickly and easily across a wide range of delivery platforms.