“The broadcast segment proved especially healthy throughout the year with many TV channels expanding or upgrading their studio systems,” says Custom Consoles’ managing director Neil Reed. “We were also active on control desks and MediaWall display infrastructure for new-build production facilities in the UK and around the globe. Module-R continues to be our best-selling product series as it gives customers or their system integrators the freedom to select high-quality control room desks from a range of standard modules.”

“We marked the start of 2021 with an upgrade and new colour styling for our flat-packable EditOne workstation,” adds sales manager Gary Fuller. “Previously configured with a curved front edge for a single-operator working, the enhanced design features a straight front edge to allow simultaneous use by two people. The desk and its optional auxiliary equipment pedestal are available in a new colour scheme to coordinate with similarly styled desks in the our Module-R series.”

Broadcast projects highlights during the year included the completion of Module-R studio control desks and MediaWalls for the Studio 1 production control gallery at the Pacific Quay, Glasgow, headquarters of STV.

Gravity Media invested in Module-R desks for a newly completed multi-suite at its Production Centre in Chiswick.

Module-R technical furniture were commissioned by an online news-based broadcaster for integration into its studio control gallery. This project included multiple desks and MediaWall.

A four-bay Module-R studio desk was chosen by a Europe-based culinary TV channel for integration into its control hub.

Further afield, Custom Consoles announced the completion of two dual-operator Module-R Lite technical control desks for a Swiss television broadcaster. The desks have been integrated into a control room at the network’s Geneva studios.

In the network operation control category, a 12-bay Module-R control desk and MediaWall monitor mounting system was completed for a European facility. The new installation is housed in the master control room used to support clients around the world.

SteelBase desks were also chosen by a globally active mining company in the north of England. The mine is almost entirely underground rather than opencast, both for environmental and geological reasons. Remote CCTV cameras linked to the control room are used to supervise operation throughout the active areas and transit tunnels.

In the security category, Custom Consoles completed a six-bay SteelBase safety-control desk for one of the most prestigious museums in the Middle East. The project also includes a large MediaWall multiscreen video display mounting system and Ergotron desk-mounted monitor arms.

Transport-related projects included SteelBase control desks for the operations room at Inverness Airport. Main control and managers’ control desks were commissioned by Osprey Consulting Services Ltd for Highlands & Islands Airports Limited which is responsible for the management and operation of 11 regional airports serving some of the nation’s remotest communities. 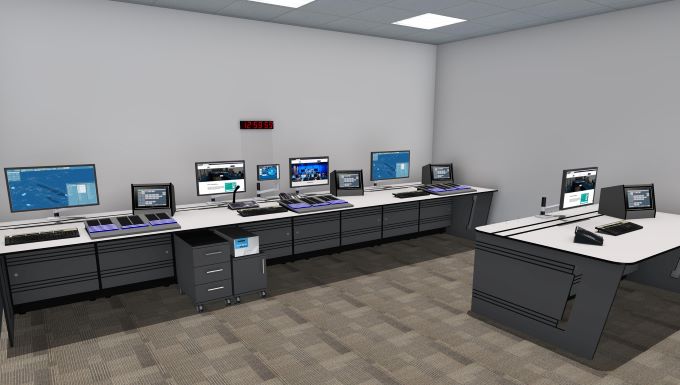 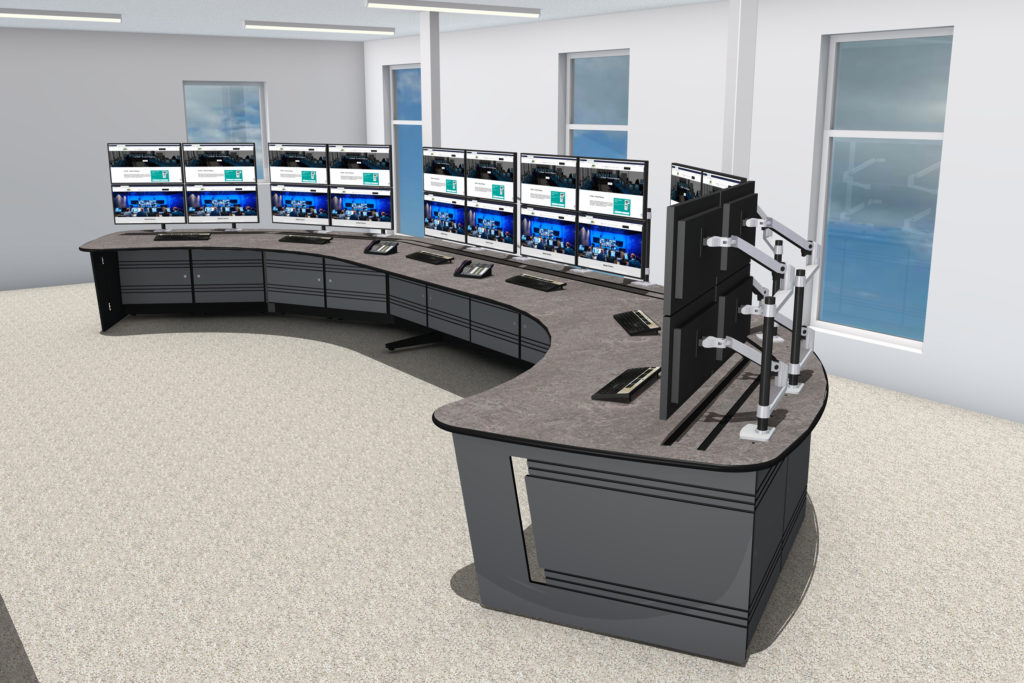