Broadcast Glossary of terms what does Broadcast mean? the basics you need to know 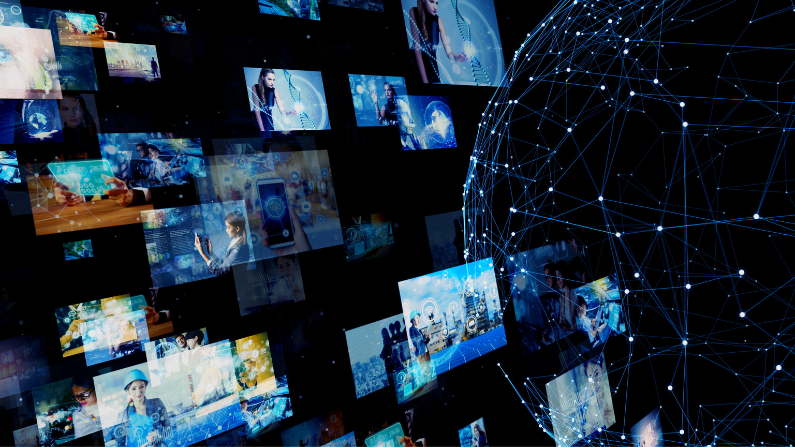 Broadcast refers to the transmission of audio or video signals over a public or private network, such as television or radio, that allows the signals to be received by a large number of people at the same time. It is a one-to-many communication model, where a single source sends a message to a large group of recipients.

Broadcasting can be done through various technologies, including over-the-air transmission, cable or satellite television, and online streaming. In the context of television or radio, broadcasting typically refers to the distribution of programming content to a large audience through the use of transmitters and receivers.

Broadcast a Basic Glossary of terms for the Industry

-aspect ratio: the ratio of the width to the height of a television or film image

-audio: sound in a broadcast or film

-broadcast: the transmission of audio and/or video content, such as a television or radio program, over the airwaves or via cable

-captions: text that appears on the screen to provide a transcript of the audio for viewers who are deaf or hard of hearing

-closed captioning: a system that allows viewers to read the dialogue and other audio information on their televisions or other devices

-commercial: an advertisement that is broadcast during a television or radio program

-crawl: a line of text that appears at the bottom of the screen, often used to display news headlines or updates

-cutaway: a shot in a film or television program that is inserted between other shots to provide additional information or context

-feed: a live or recorded video or audio transmission that is sent to a broadcaster for broadcast

-field: a location where a news story is being reported or filmed

-graphics: visual elements, such as charts and diagrams, that are used to illustrate or enhance a broadcast

-headline: a short summary or title that appears at the top of a news story or article

-insert: a piece of footage or audio that is inserted into a larger production

-interview: a conversation between two people, one of whom is typically a journalist or presenter, in which information is gathered or opinions are expressed

-master control: the central hub of a television or radio station, where all of the programming and technical elements are coordinated and transmitted

-on-air: the state of being live or currently being broadcast

-package: a pre-produced segment of a news program, often featuring a reporter on location

-pan: a camera movement in which the camera moves horizontally from left to right or right to left

-pitch: a proposal or suggestion for a story or program

-promo: a short advertisement for a television or radio program

-recap: a summary of the main events or highlights of a news program or event

-reporter: a journalist who gathers and reports news

-sound bite: a short clip of audio, often taken from an interview, that is used in a news program or other production

-stand-up: a shot in a news program in which the reporter is filmed speaking to the camera while standing in a specific location

-tease: a short segment at the beginning of a news program that previews the stories that will be covered in the program

-transition: a visual or audio effect that is used to move from one shot or segment to another

-voiceover: narration that is recorded and added to a film or television program, often used to provide additional information or context.