Anna Valley is not new to virtual production (VP) and has undertaken a number of acclaimed projects from its VP facility, including the GRM Rated Daily Awards and the Independent Music Awards. Nonetheless, the company is now ramping up its activities in this market, hence the appointment of its first-ever director of virtual production in Christina Nowak, who has a wealth of experience at cutting-edge film & TV technology companies.

Along with a stint at camera tracking specialist NCam, Nowak’s business development role at RED Digital Cinema was especially significant and saw her growing the company’s EMEA business. She consulted for a number of years in business development and marketing capacities before her most recent role as director of film & TV for a virtual production pop-up at creative production technology company 80six. In addition to being a SMPTE member and a Friend of the ACO, Nowak is also extensively involved in Women in Film and TV (WFTV UK), Rise WIB and other groups aimed at improving gender diversity and representation through media & entertainment. 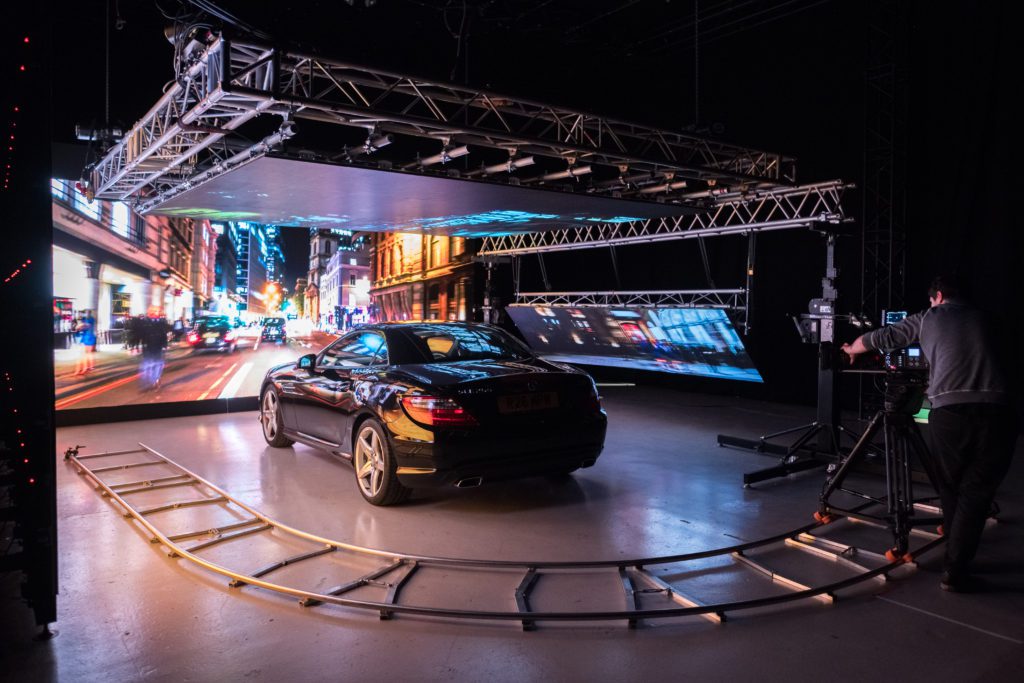 Anna Valley is ramping up their investment in virtual production

Simultaneously with the appointment of its first-ever director of virtual production, Anna Valley has also made its largest purchase to date in VP technology from LED screen and display leader ROE. In an investment worth £1.9m, the company has acquired 896 of Roe’s acclaimed Black Pearl BP2V2 ‘film-centric LED panels’ with a 2.8mm pixel pitch – equating to a total of 224 sqm of LED panels. Anna Valley has also acquired a large quantity of hanging & stacking bars along with various curving plates from ROE, whilst a separate relationship with a batch partner will allow the company to boost its capability to 1500 panels from one batch when needed for larger productions.

Anna Valley commercial director Nick Hart comments: “Christina brings to this new role considerable experience of the virtual production world as well as a sensibility that is very closely aligned to Anna Valley’s roots in broadcast and TV. She has the knowledge and vision that will ensure Anna Valley realises its inherent potential in virtual production. In the first few months she will be focused on the refinement of a business plan that will define our long-term strategy towards this hugely exciting market. With Christina’s network and Anna Valley’s capabilities, it is a match made in heaven!”

Christina Nowak immediately warmed to the company’s approach to virtual production – a technology that, in industry terms, is still only in its infancy. “Anna Valley’s take on VP is quite unique in that they realise there are no 100% experts in all the fields within a technology area that is only a few years old in an application of this scale,” she says. “Instead, they want to be part of the evolution of virtual production and use only the products that best serve productions and their crew.  The company’s investment in Black Pearl BP2V2, which follows on from the first version of the product used for Disney+’s hugely innovative The Mandalorian, shows that they have their finger on the pulse and an acute sense of how VP is developing. I am really looking forward to working closely with the Anna Valley team to bring their unique combination of skills and technology to this hugely exciting area of the industry.”

Anna Valley provides advanced and integrated audio-visual technology to the broadcast, entertainment and live event industries.  With a heritage of three decades, the AV company has roots in the supply of cameras and display technology to the broadcast sector and a reputation for technical innovation.  Anna Valley provides both fixed installation and rental services from their base in the UK, to enable every show, in whatever form it takes, to realise the ambitions of its demanding creators and earn the delight of its deserving audiences.

Find out more at www.annavalley.co.uk